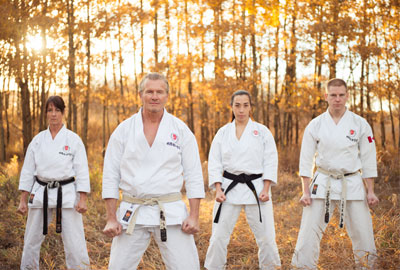 Sensei David Jones began his practice of karate in England during the early 1970s. He established his first dojo in 1978 in Newbury, England and has continued to teach ever since. Sensei Jones was fortunate to have trained with Masters Kanazawa and Enoeda before immigrating to Calgary in 1981. Since that time, he has been a staunch supporter and contributor to the International Shotokan Karate Federation and has been a close and personal student of Master Yaguchi.

Sensei Jones represented Canada for many years in competition. He was a kata finalist in the 1990 World Shoto Cup and was Canadian national kumite champion in 1991... more » 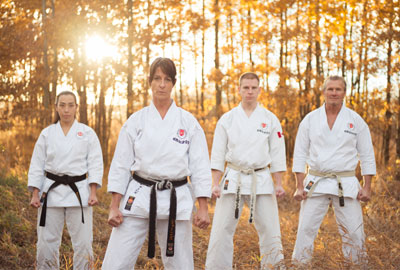 Sensei Laurie Jones started training in shotokan karate in the late 70s. She passed her 1st degree black belt in 1983 in San Diego at the prestigious Master Nishiyama Summer Camp. Her examiners were some of the most famous and senior karate masters of the era including Sensei Nishiyama, Sensei Enodea, Sensei Kase and Sensei Shirai

Sensei Laurie was an exceptional competitor and for five years in a row won the Canadian national women’s sparring championships. She has competed in Japan and obtained 4th place in kata at the 1994 World Shoto Cup... more » 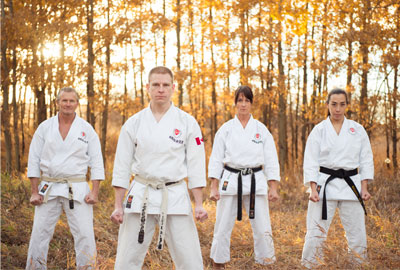 Sensei Robert Morgan, along with Crystal Schatz, provides leadership and instruction in our junior karate program. In fact, Robert himself went through this same program over 25 years ago. Robert has achieved the rank of rokudan (6th degree black belt), is a graduate of the ISKF instructor trainee program and is a 'B' class international referee

Robert is an excellent instructor. He is patient and thoughtful while at the same time managing to bring out the very best in our students. Robert practices what he preaches and sets a great example in the karate he performs and his training regime. He is a valued supporter of ISKF karate in Calgary... more » 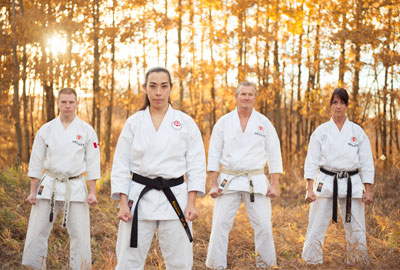 Crystal Schatz, in partnership with Robert Morgan, provides leadership and instruction in our junior karate program.

Crystal has been training in karate since 1997 and is currently ranked at 4th dan. Along with Robert, she is enrolled in the ISKF Instructor Program and is a 'C' class international referee. Crystal is pivotal in the successful delivery of our junior karate program and sets a fine example in the quality of karate she teaches as well as her training example and the extensive competition career that she has pursued... more "