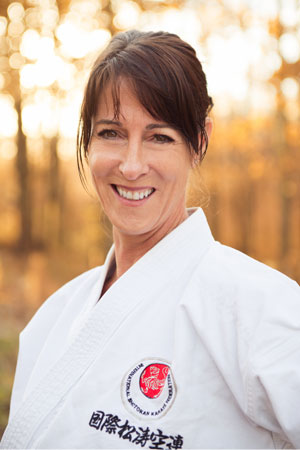 Sensei Laurie Jones started training in shotokan karate in the late 70s. She passed her 1st degree black belt in 1983 in San Diego at the prestigious Master Nishiyama Summer Camp. Her examiners were some of the most famous and senior karate masters of the era including Sensei Nishiyama, Sensei Enodea, Sensei Kase and Sensei Shirai.

Sensei Laurie was an exceptional competitor and for five years in a row won the Canadian national women’s sparring championships. She has competed in Japan and obtained 4th place in kata at the 1994 World Shoto Cup.

Sensei Laurie is a “B” class international referee. She has taught at the Calgary dojo for 30 years and is a valuable addition to our roster of senior karate-ka and instructors.